It is one of the most popular games in Casinos in Europe.  It is fast and the layout is customer-friendly so that novice players can keep up. Each roulette table has its own float and color chips.  Customers buying color are given chips for their use only, so that they differ from the chips of other players.  Chips may be used only at the table they were bought. Before leaving from the table they must be exchanged with cash chips. Each table has a minimum and maximum bet. 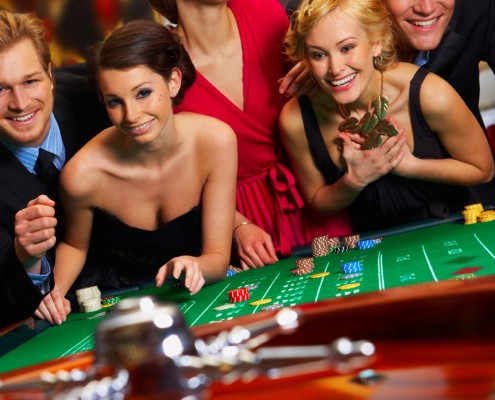 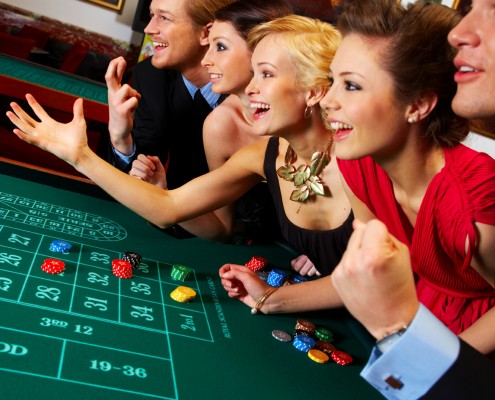 The dealer tells you when to bet, calling “place your bets please”.  When the dealer calls “no more bets”, no further bets may be placed.  In the case of a dispute, the decision of the Casino Management is final. When players give the dealer a bet, they must ensure it is placed correctly

C: Street
Three numbers.  Bet placed on the double lines between the number and the dozen.  It includes 3 numbers on one line and pays 11 to 1.

H: Columns
Bet placed in the “2 to 1” section, on the bottom of the three columns each containing 12 numbers.  Pays 2 to 1. Dozen, columns and even change bets, lose when the winning number is zero 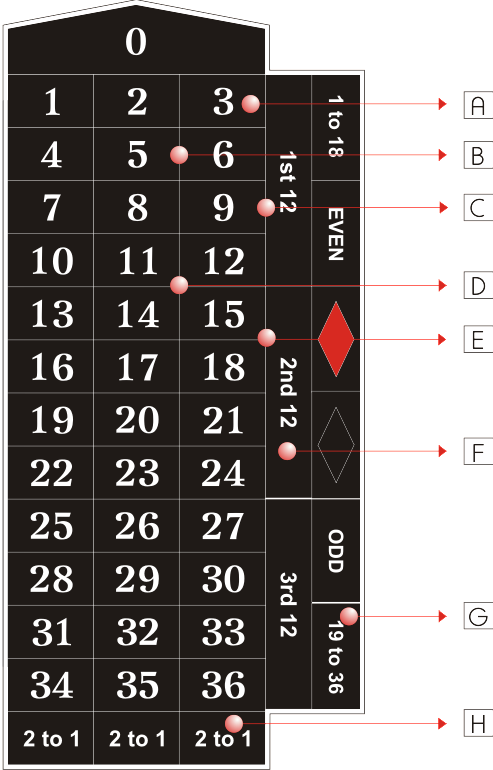 Bets: dozens, columns and even chances (small/big, black-red, even-odd), lose when the winning number is “0”.