You are here: Home / How to play

Texas Hold’em is a community card game, meaning that some cards are dealt face up in the middle of the table and shared by all players. It is played with one deck of cards (52 cards). Each player is dealt two pocket or hole cards which they consider with the five community cards to make the best possible five-card hand.

The person who is dealt last is regarded as the dealer and as such is marked with a dealer button. At the end of the hand the button is passed clockwise to the next player

The button moves clockwise around the table after each hand, and the player “on the button” gets his cards last and bet last in each round

The big blind is not necessarily double the small blind. 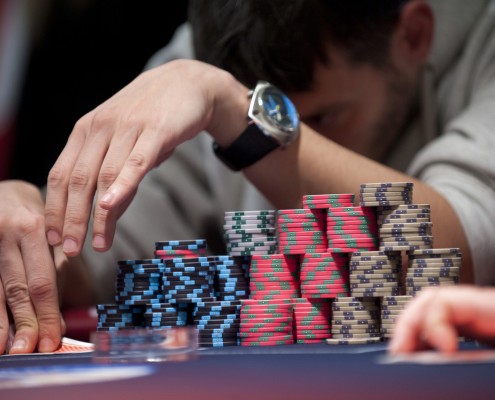 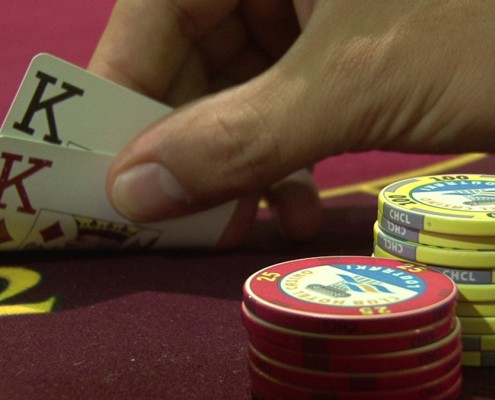 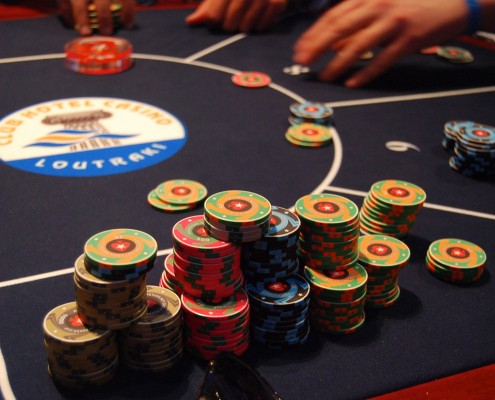 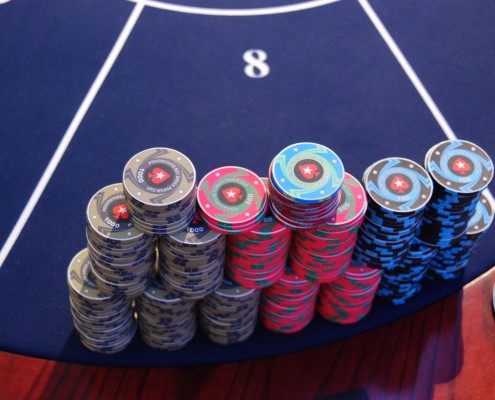 The Deal and Betting Rounds

The flop is 3 cards laid face up in the center of the table.  These cards serve as common cards. Before opening the flop the dealer burns one card. Another round of betting ensues, with the first remaining player to the left of the button starting the action.All players must put the same amount into the pot, or fold before the round has ended. The same rules apply for both the bidding and the raising in each round from now on

The dealer now burns one more card and then displays the fourth community card on the ta­ble, so all players have six cards to play with. A single card is laid face up, next to the flop, for a total of 4 cards face up.  Another betting round occurs, starting with the first player remaining to the left of the button.

A final card is turned face up, again after having burnt one card, bringing the total number of common cards faces up on the board to 5.  A final round of betting occurs, starting with the first player remaining to the left of the button.

After betting is complete and if at least two players remain, a showdown* occurs in which the winner is determined by the best five card hand possible using the 5 common cards and each player’s pocket cards.  It is entirely possible for the best hand to be completely “on the board,” in which case the remaining players split the pot.  It is also possible to have a “tie” in which the players with the same hand strengths split the pot.

This website uses cookies to improve your experience while you navigate through the website. Out of these, the cookies that are categorized as necessary are stored on your browser as they are essential for the working of basic functionalities of the website. We also use third-party cookies that help us analyze and understand how you use this website. These cookies will be stored in your browser only with your consent. You also have the option to opt-out of these cookies. But opting out of some of these cookies may affect your browsing experience.
Necessary Always Enabled

Any cookies that may not be particularly necessary for the website to function and is used specifically to collect user personal data via analytics, ads, other embedded contents are termed as non-necessary cookies. It is mandatory to procure user consent prior to running these cookies on your website.